Another midweek, another round of the Premier League to en…joy?

It’s starting this Tuesday with a fascinating encounter between Newcastle and Leeds whilst later on we have “genius” Sam Allardyce up against Pep Guardiola.

Arsenal jumped up to eighth after beating Southampton 3-1 in a thriller at St Mary’s Stadium.

After Alexandre Lacazette missed a guilt-edged chance in the opening minute, Stuart Armstrong put the Saints ahead after volleying home a well-worked set piece.

But Nicolas Pépé equalised just minutes later having been put through by Granit Xhaka, before Bukayo Saka put the Gunners ahead just before half time.

Despite the Saints pushing for an equaliser, Arsenal secured all three points when Saka crossed to Lacazette who couldn’t miss from six yards. 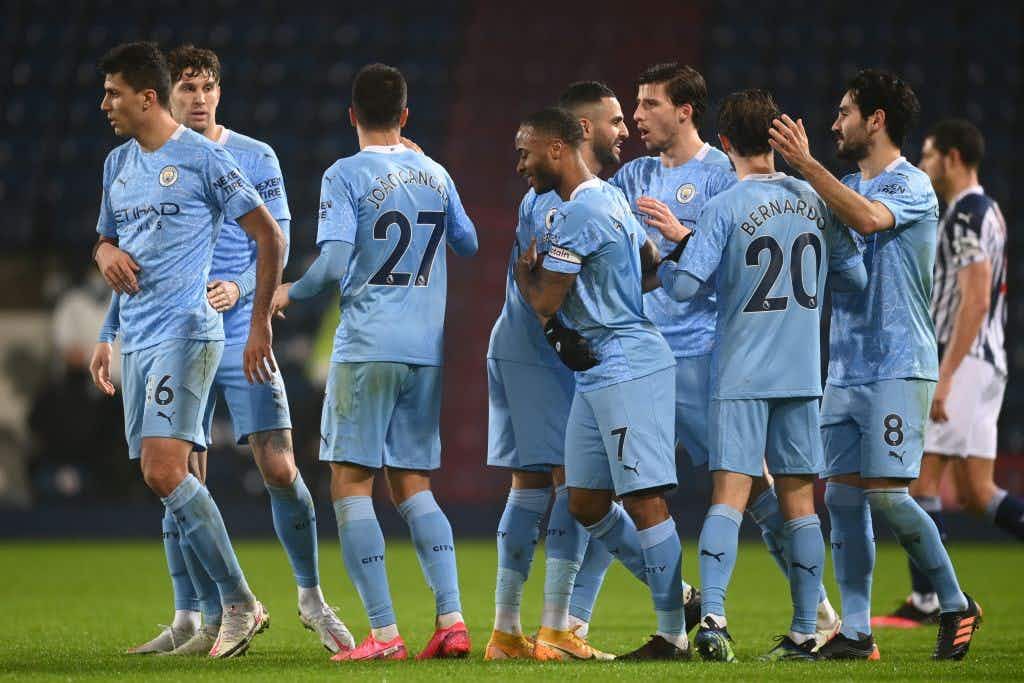 Manchester City were the latest team to embarrass West Brom following their 5-0 victory at the Hawthorns Stadium.

Ilkay Gündogan opened the scoring with a brilliant touch and finish, before João Cancelo doubled their lead with a great left-footed finish.

Gündogan made it three on the half hour mark – his seventh in eight games – before Riyad Mahrez compiled the misery in first-half injury time.

Raheem Sterling concluded the scoring with a trademark back-post tap in, putting City top ahead of rivals Manchester United. 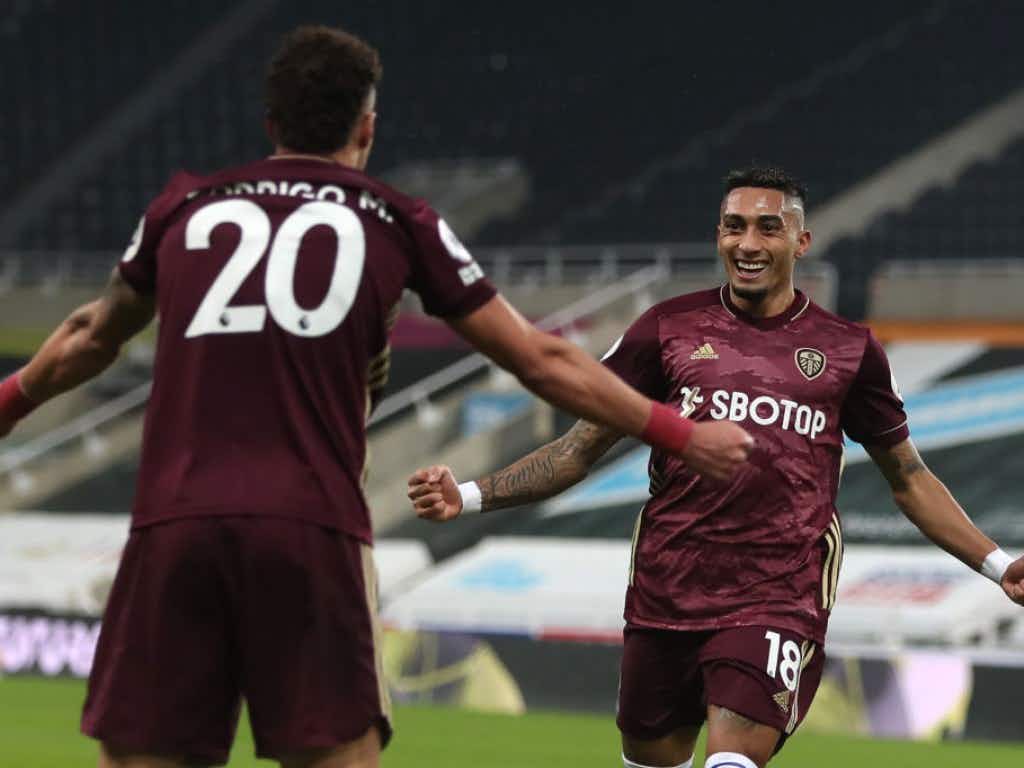 Marcelo Bielsa’s men dominated from the first minute here and opened the scoring on 15 minutes when Raphinha finished smartly from the edge of the area.

The home side went close to equalising late on after a Ryan Fraser cross flashed across the face of goal but Leeds remained in front going into the break.

Into the second half at the home side got a rare goal through Miguel Almiron but were immediately behind again thanks to Jack Harrison. 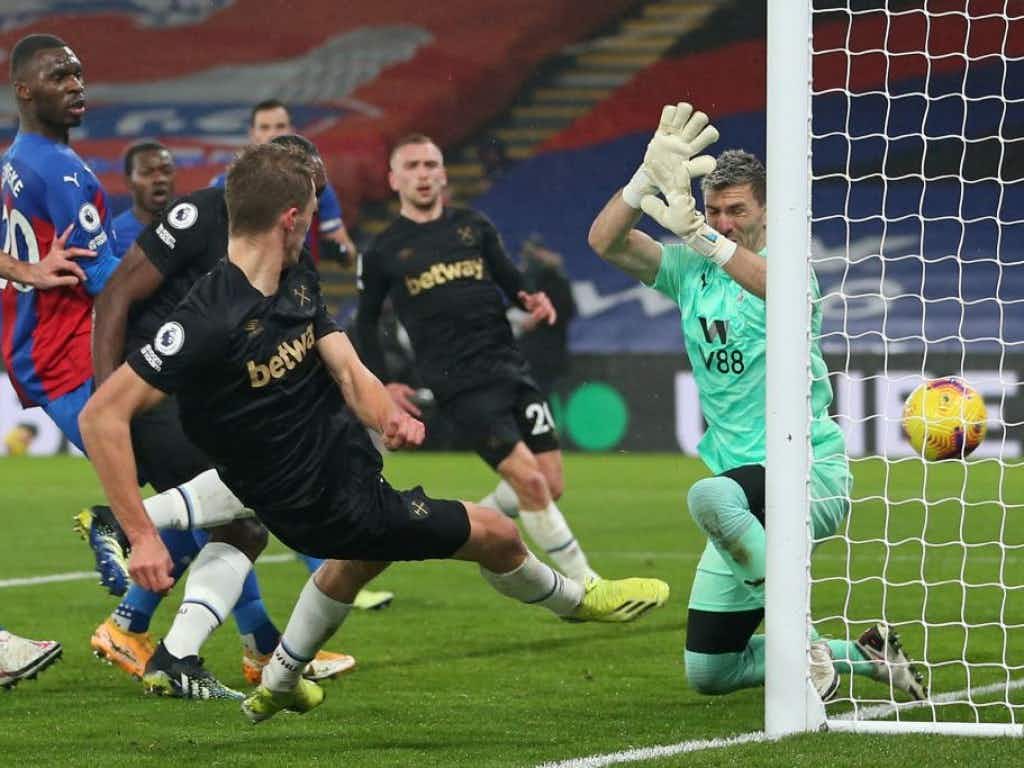 Wilfried Zaha got Crystal Palace off to the perfect start with a neat, close-range finish after just three minutes.

But that lead didn’t last for long as Tomas Souček equalised after good work by Michail Antonio.

The Czech international has been having a sensational season so far and scored his second of the game soon after, controlling an Aaron Cresswell free kick and smashing it into the back of the net.

After the interval, David Moyes’ men continued to hold their grip on the game and further went ahead thanks to Craig Dawson’s finish.

Palace did get a consolation goal right at the death through Michy Batshuayi, but it wasn’t enough as the Hammers held on.