The festive period is in full swing and there was plenty of Christmas cheer to go along with some Yuletide misery during Saturday’s Premier League offerings.

Jürgen Klopp’s side gave Liverpool fans an early present by ensuring that they will top the table before a ball is kicked in anger on Boxing Day.

It was also a good day at the office for Manchester City and Everton.

See how it went for yourself… 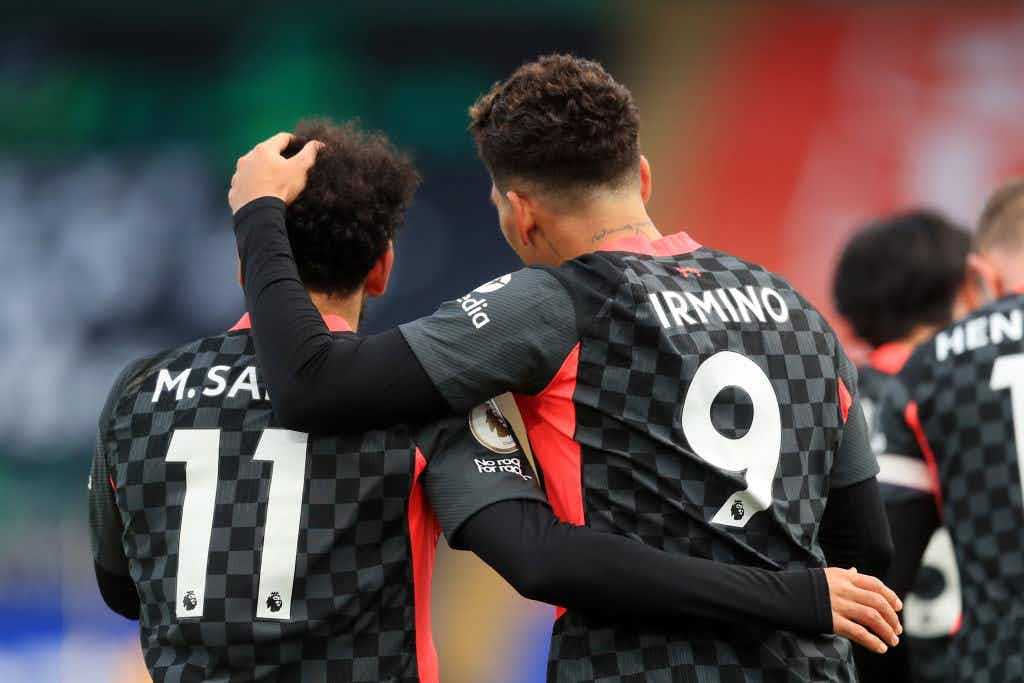 It was Liverpool’s second successive Saturday in London, but this trip to the capital proved far more fruitful than their previous outing.

Listless in a 1-1 draw at Fulham, the Reds built on their midweek win over Tottenham by handing Crystal Palace their worst-ever Premier League defeat.

7 – Liverpool registered an away top-flight win by a margin of seven goals for the first time in their history, while it was their first seven-goal league victory since a 9-0 win over Crystal Palace in September 1989. Domination.

As crazy as it sounds, Palace didn’t play all that badly and Eagles manager Roy Hodgson will wonder what might have been had his side taken any of the number of chances they created in the first half.

But they encountered a Liverpool at their clinical best, with the Reds sending an ominous message to the rest of the league in the process.

One-nil to the Cityzens? 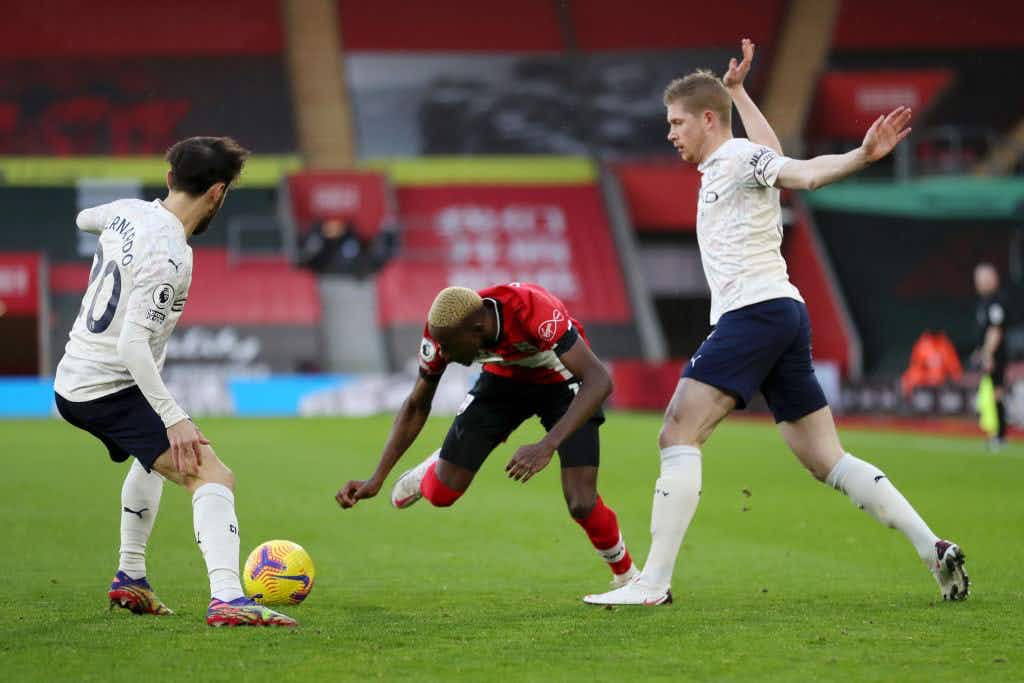 George Graham’s Arsenal back in the late 1980s and early 90s were synonymous with keeping clean sheets and grinding out narrow victories.

Such pragmatic football has never been associated with Manchester City manager Pep Guardiola, but his side are a different beast this weather.

They many be struggling to find their trademark fluency in attack, but this was already the Mancunians’ third 1-0 win of the league campaign and they have the joint defensive record alongside José Mourinho’ Tottenham.

And considering the way Southampton are conducting themselves thus far this season, a win at St Mary’s is no mean achievement.

Three points ✅ Clean sheet ✅ The 𝐡𝐢𝐠𝐡𝐥𝐢𝐠𝐡𝐭𝐬 from our win over the Saints! 🎥 🔷 #ManCity | https://t.co/axa0klD5re

Everton beat Arsenal to leave Arteta on the brink 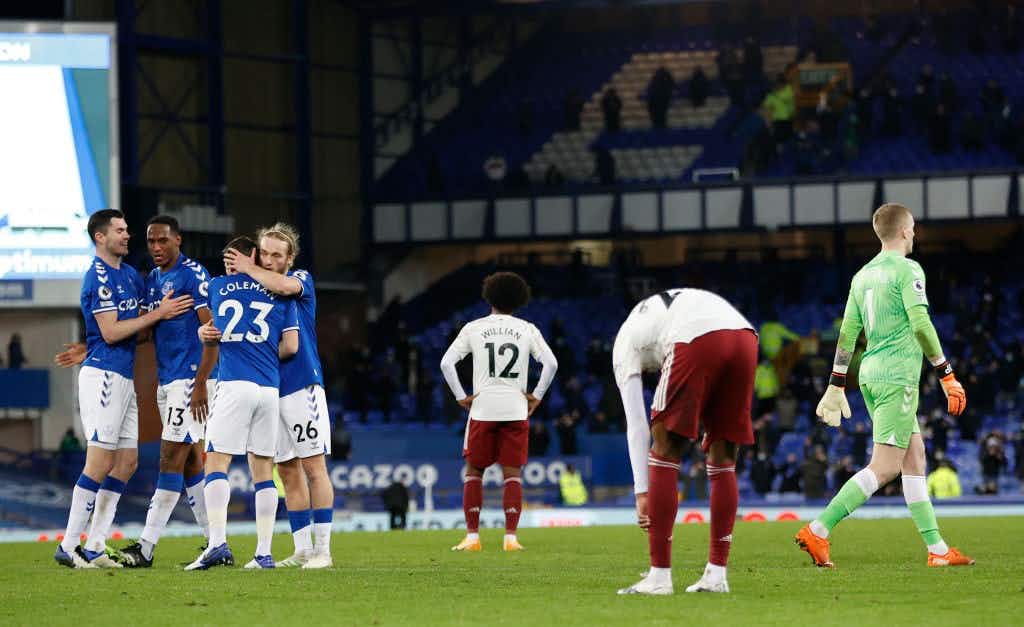 What Arsenal would give for a 1-0 win of yesteryear!

The Gunners are in freefall at the moment, and Carlo Ancelotti’s Everton were in no mood to give them a break at Goodison Park.

1 – Rob Holding is the first Arsenal player to score an own goal against Everton in the Premier League since Mikel Arteta in April 2014. Desperation.

Rob Holding’s first-half own goal was cancelled out when Nicolas Pépé converted from the spot. But Yerry Mina’s header on the stroke of half time gave Everton a lead that they would not yield.

The Toffees are up to second in the table. Arsenal languish in 15th, leaving Mikel Arteta clinging to his job almost a year to the day he was installed as manager. 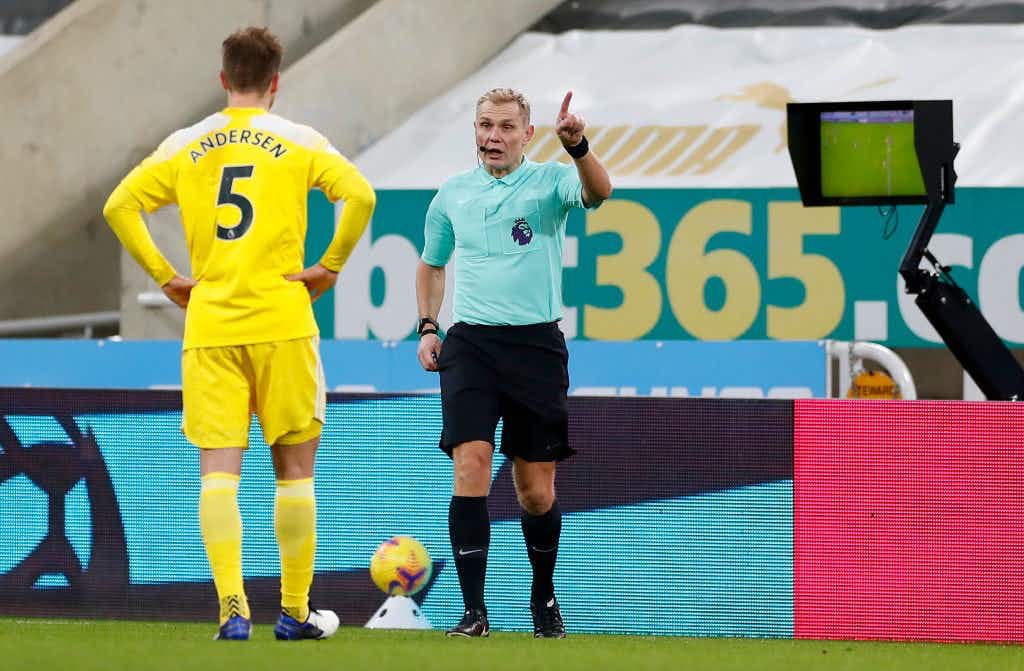 Fulham will feel mixed emotions after their visit to St James’ Park.

Any point on the road is vital when you’re battling relegation, but this is the second time in three games they have failed to capitalise fully on a winning position.

A decision that doesn’t sit well with Scott. 👔 He chats #NEWFUL:

The Fulham defender can have few complaints over the red card as he did pull back the Magpies’ striker as he was running through.

However, it was unclear – even after a VAR review – if there was an actual contact between the players inside the penalty area.

The draw lifts the Cottagers out of the relegation zone, albeit only on goal difference, while Newcastle sit in mid-table.

There are four games down for decision on Sunday, including the first league meeting of old rivals Manchester United and Leeds United in over 16 years.